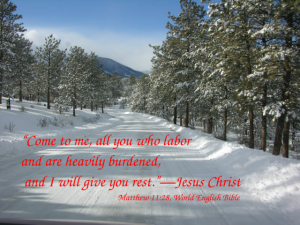 This report is for the organization called “eBible.org”, which operates many web sites (including, of course, eBible.org) and engages in other ministry associated with distributing God’s Word, the Holy Bible, to the world. Staffing consists of Michael Johnson and a team of volunteers. Although we refer to what we do as “electronic Scripture publishing” or “digital Bible distribution”. By “publishing”, we don’t mean taking on the role of a traditional for-profit publisher, but just distributing Bible translations for those who translated them and making them available to those who can read and listen to them, as permitted by either copyright owners or Public Domain status.

EBible.org does not charge either the Bible copyright owners or those who read the Bibles we distribute for this service. Asking for someone to pay to hear the Gospel for the first time is not the most effective evangelism technique. Even people who already believe in Jesus Christ and know the great value of the Scriptures sometimes live in places where there is no reasonable way for them to pay for something over the Internet, and we don’t wish to exclude them. More discussion about the economics of digital Bible distribution is given, below.

How can we know we are doing any good?

There are really five main ways that I know that we are doing good in spreading God’s Word throughout the world:

How can we lose? If God is for us, who can be against us? Search the Scriptures for yourself and see. Read the whole Book, if you like. Get your free digital copy of the Holy Bible at eBible.org/web or just read it online.

Prompting of the Holy Spirit

I can think of nothing that is both more sure and more subjective than the inward prompting of the Holy Spirit. I believe that God still speaks to His children in many ways. When He does so, He never contradicts what He inspired in the Holy Bible. Therefore, I am greatly assured that what we are doing will be both pleasing to God and effective, to the extent that we are obedient to Him. Romans 8:14, John 10:4

We do the following to encourage the Holy Bible to “go viral” in the good, social media sense:

The above activities create conditions that encourage sharing. Unlike a printed Bible, I can give away as many copies as I like, and still have mine to read and cherish. Indeed, it seems that information wants to be free. Traditional publishers go to great lengths to try to limit copying with various “copy protection” and “Digital Rights Management” schemes. Simply not spending our time on such barriers to copying gets us closer to our goal of giving everyone access to the Holy Bible in their own language.

At this point, it is worth mentioning that we understand that there are some Bible translation copyright owners that do not permit their Bible translations to be freely published as above, usually for economic reasons. In those cases, have future plans to support more limited (non-viral) distribution, more like a traditional publisher. Limited support for their distribution models exists today via InScript and on various partner web sites. This will get more of our attention after we have gone farther in distributing Public Domain Bible translations and copyrighted Bible translations with appropriate open access licenses.

This begs the question: Why would anyone grant free, unrestricted access and no-royalty copying of their copyrighted Bible translation, at least for noncommercial ministry use? The main reasons usually include one or more of the following:

The World English Bible is a special case, in that it was intentionally dedicated to the Public Domain as it was translated, at God’s direction. This is specifically for the purpose of maximizing the ministry impact of God’s Word among English-speaking people around the world. It has literally “gone viral”. I just did a Google search for “World English Bible” (with the quotes), and got over a million hits, with the first three entries being being its primary distribution point at WorldEnglishBible.org and eBible.org/web. There are a few other translations where the translators have done the same thing, for the same reasons.

Reports from the Field

Almost all of the reports I get from the field are in the form of personal communication or feedback via our web contact forms. Sometimes I find out what is going on by going on a personal visit. Sometimes indications of usage come indirectly, via a typo report or someone asking about an outage. Sometimes people ask about using Scriptures for various purposes. Sometimes they don’t, but just take the licenses at face value and comply with them. That suits me fine. I don’t need to know about someone reading the Bible or quoting the Bible in their book for God’s Word to be effective. (It would be serious information overload for me, anyway, if I did know all of that.)

I’m not going to quote from the reports, complements, or complaints, but just summarize what I learned, here:

Here are is a collection of things that can be counted without disrupting or hindering our Bible distribution ministry. There is more analysis that could be done with the web server logs, but that will have to wait, because of programming resource limits. (In other words, given a choice between spending the same time putting more Bibles in more formats into distribution or just counting what is going into distribution, I keep coming up with the same answer. Maybe I can get some volunteer help on this for next year.) In the mean time if you enjoy the book of Numbers, you will like this section of the report.

Numbers of translations by format on eBible.org:

Web site hits per month (just the sites with the highest use rates):

Note that July through September 2015 all had totals of over 5 million hits per month. At the end of November, code was implemented on the eBible.org server to deflect hits due to a malware attack, so the reduction by about a million hits per month in December mostly means that the defense was successful, leaving the server able to perform faster for legitimate site visitors. Even with that correction, web site traffic nearly doubled over the last year. Note that a web site “hit” can be a page view or a file download, either by a real person or a search engine bot. Since search engine bots are normally followed by real people doing searches and finding our Bible sites, we consider search engine hits to be friendly hits. They are usually a small percentage of the hits, except for some of the very small language groups, where a very small number of speakers of the language have access to the Internet.

Search engine ranking is another measure of success. Tests with sample queries that should find one or more of the sites listed above usually came up with the web site on the first page of results, often at the very top of the list. Thus the search engine optimization efforts have been effective.

Digital Bible distribution costs money, just as print Bible distribution does, but the costs are different. The cost of translating the Bible is the same either way, but when it comes to distribution, things look drastically different. There are costs associated with software development, converting the Bible translations to file formats that are suitable for end users, plus costs of setting up and maintaining web sites and other distribution channels. The cost per copy distributed, however, is negligible once those are covered. Costs are actually much lower when there is no need to try to sell the Bibles to recover royalty money, because there is no need to implement and maintain digital rights management/copy protection schemes or payment systems. There are costs, however.

Funding for eBible.org operations comes mostly from third parties and volunteers: not usually the Bible translators or Bible readers. Tax deductible donations to cover Bible distribution costs can be made to support Michael and Lori Johnson through World Outreach Ministries. (We also have some other revenue sources, but cannot continue this ministry without donations, at least not at this pace.) This support model greatly simplifies the Bible distribution and removes concerns that someone might not receive the Good News of Jesus Christ because they are unwilling or unable to pay for them. Honestly, I don’t expect that an evangelist who charged admission to his meetings would do well, but free will offerings let him cover his costs without hindering anyone from coming to the Lord. In the same way, we enjoy being able to freely give the Holy Bible to anyone for free, especially when we have a translation available in their heart language. When those who are like-minded partner with us both with prayer and finances, it becomes possible.